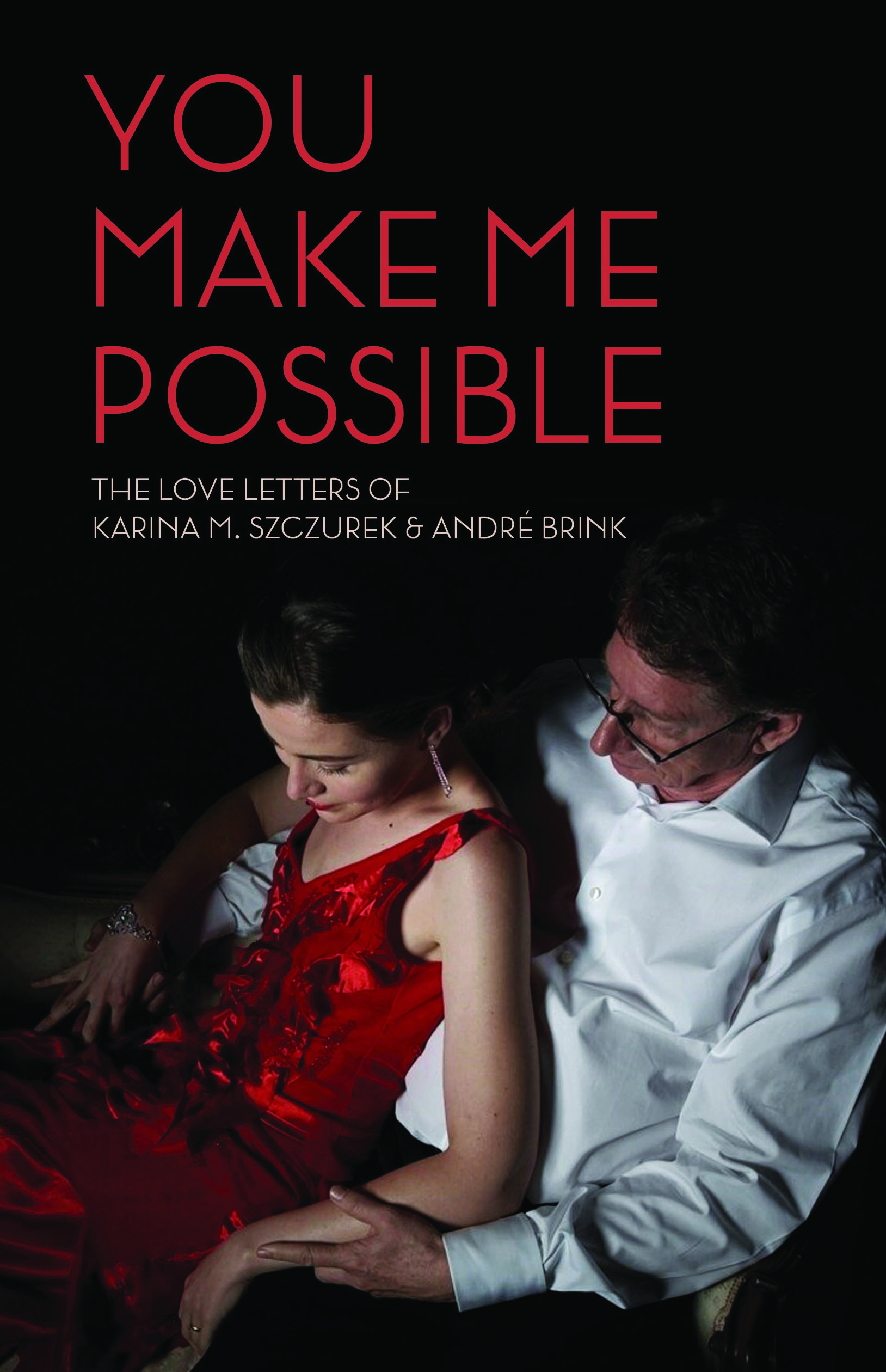 Novelist André Brink married Karina Szczurek when he was 71 and she was 29. They were together for 10 years before he died on a plane, beside her, high above Africa in February 2015.
Selected and edited by Karina M. Szczurek, the love letters between herself and the writer André Brink included in You Make Me Possible tell in detail the story of how they met in Austria in December 2004, fell in love, and decided to forge a future together. The intense correspondence which followed in the weeks after their fateful encounter recounts their courtship in words, revealing their initially unacknowledged attraction, their fears and longings, and writing a new world of recognition and togetherness into being. The letters chronicle the time between their first meeting and Karina’s decision to relocate to South Africa to be with André in 2005 – a relationship which lasted until his death in 2015.

Karina was born in Jelenia Góra, Poland, and lived in Austria, the United States and Wales, before finding a home in South Africa. Her doctoral thesis was published as Truer than Fiction: Nadine Gordimer Writing Post-Apartheid South Africa (2008). She is the editor of Touch: Stories of Contact (2009), Encounters with André Brink (2010), and Contrary: Critical Responses to the Novels of André Brink (with Willie Burger, 2013). Her play for young adults A Change of Mind won the MML Literature Award in the Category English Drama in 2012. She also writes short stories, book reviews, essays, and poetry. She lives in Cape Town with her three cats. Invisible Others was her first novel. It was longlisted for the 2015 Sunday Times Barry Ronge Fiction Prize. Her memoir The Fifth Mrs Brink was published in 2017.